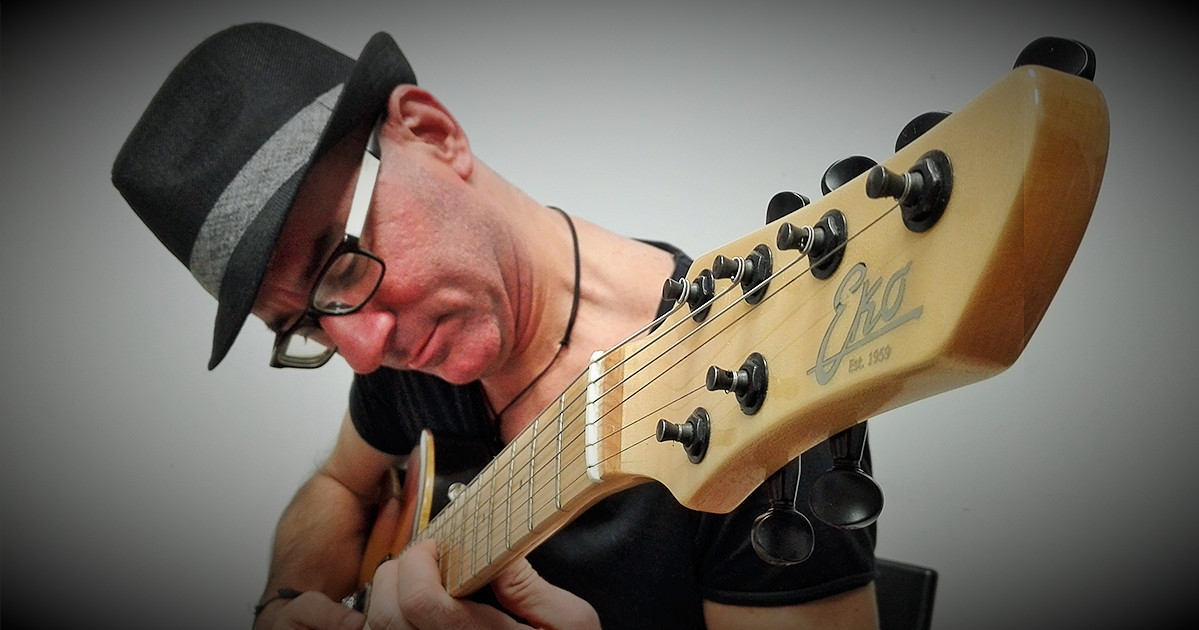 Valerio Marchetti, born in Amelia, Terni, Italy, on 07/01/1975, is a rock/fusion guitarist and composer, engaged in his own projects (like the solo rock/fusion album “ARTURO”) and collaborating throughout the years as session musician and composer with artists of the Italian musical scene such as Jalisse, Mogol, Straga`, Carlotta, Nek, Lorenzo Fontana Brass Brothers, Alessandro Bravo and others.

He began playing guitar at age 15 under the instruction of his father Arturo and continued on a course of study with guitarist/producer Valter Vincenti. He then attended various seminars with international artists such as Shaw Lane and Scott Henderson, and the periodic music seminars of Arcevia in Jazz. He graduated from Mogol’s University of Music and New Trends CET (European Centre of Toscolano) first as a pop music arranger and then as a composer. His rapport with Mogol resulted in a collaboration with the maestro and his bands and led to the writing of the song “MI AIUTI A VIVERE” (Music by Valerio Marchetti, Lyrics by Mogol).

Valerio has always been very active and is currently working as a session musician and in various pop, rock and fusion groups. He also teaches at the MUSIC BOX of Terni and the School of Simone Vacante (Cantiere Danza).