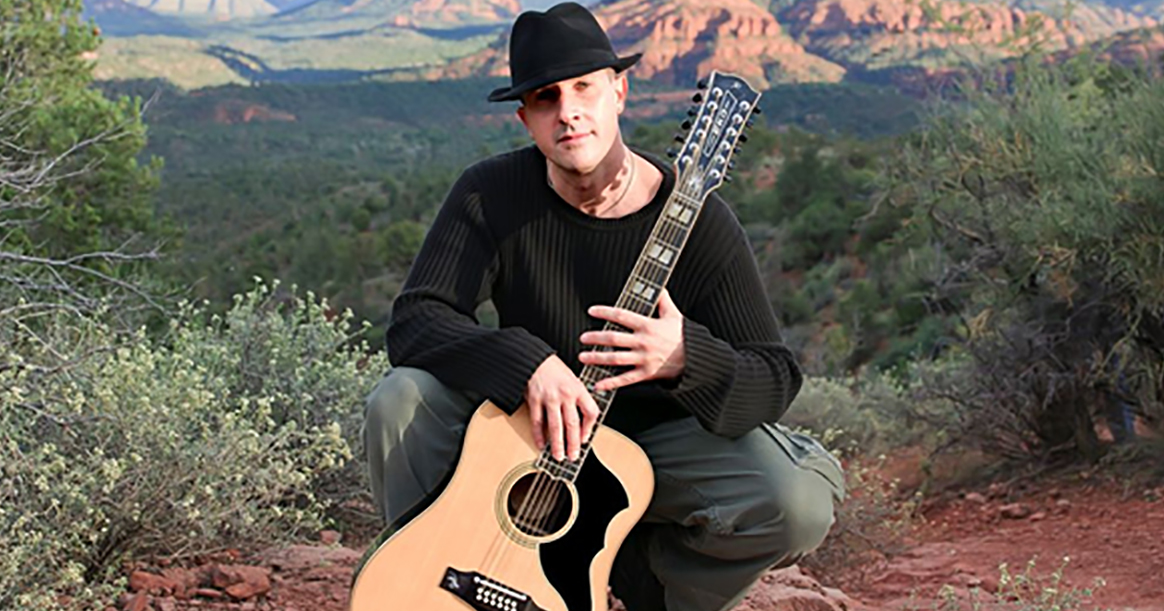 "The Eko 12 string 50th anniversary Ranger plays and sounds great. There is no middle ground between a 12 string that is difficult to play and a 12 string that is easy. Eko is a joy to play and with the adjustable bridge it makes it easy to set according to how far or close you want the strings to the neck. The neck is perfectly straight with just enough relief to keep the buzzing away with a low action. The timber of the instrument has the bright and clear harmonics one would expect from a 12 string while maintaining the warmth of the wood tones. This is my main 12 string guitar now"

Anthony Mazzella is a professional concert guitarist, recording artist and producer. BILLBOARD Magazine describes him as "the new generation of guitar hero" and GUITAR ONE magazine voted him "one of the top ten guitarists in the country". Anthony released 8 CD's, tours internationally, made guest appearances on major artist’s releases, receives airplay on national radio and satellite television, and has an independent film soundtrack to his credit. He is an established presence in the genre of instrumental music and has many new projects on the horizon.

Anthony began his performance career as a concert guitarist in New York City. He quickly built up a strong following performing in most every live music club in Manhattann including:The Bitter End, CBGB's, Cat Club, Cafe Wah, Birdland etc. Anthony then landed a headlining spot at the BLUE NOTE NYC just one year after street performing in front of it and spent the following years touring colleges & universities all over the USA . He then went on to performing on stages all over the world as a solo artist and as the concert guitarist for world music masterOmar Faruk Tekbilek.

He has opened for headlining artists, James Brown, Tower of Power , The Commodores, and Spyro Gyra. His original music is composed with a fusion of world influences consisting of acoustic and electric fingerstyle, classical, flamenco, jazz, funk, R&B, celtic, ambient, rock, medieval & middle-eastern. He also plays a one-of-a-kind Ten String Guitar that he designed and was built by his father. On this unique instrument, Anthony displays his abilities in fingering bass lines and chords with his left hand while simultaneously playing melodies on the fret board with his right. In 1997 he recorded his debut solo CD titled“The Birth”. In 2000 he recorded a CD titled “States of Being” with a freestyle trio based in the Washington DC area. In 2001 he recorded "BRIO" with platinum selling recording artist Chris Spheeris and was an awarded “best acoustic instrumental album of 2001" by NAV. In 2002 he recorded his second solo CD titled “Unity”. In 2004 he recorded “The Soulmate Called God” with teachings of enlightenment by Ivonne Delaflor. In 2006 he collaborated with three time Grammy nominated artist William Eaton, together they composed and recorded a CD for the Electric Harp Guitar Group. In 2008 he made live recording with visionary poet Gabriella Young. In 2009 Anthony recorded 12 new solo guitar compositions rich in spirit and appropriately entitled Heavenly Guitar.

Mazzella began studying music on the violin at age five. He then proceeded to learn the rudiments of music on piano until falling in love with the guitar at age thirteen. Throughout his adolescence he studied with several private guitar teachers, but Anthony attributes the greater part of his education to ear training. His influences are many, but none more profound than the music and techniques of guitar masters such as Michael Hedges, Pat Metheny, Carlos Montoya, Eddie Van Halen, Andres Segovia and countless others. In the nineties Anthony shared his musical insights by teaching at Knopf Music (where he once took guitar lessons), as a private instructor, and at the Long Island School for Music and Arts. Anthony was also one of the few chosen understudies of world-renowned guitar master Stanley Jordan.

In 2007 & 2008 Anthony took time off the road and produced 5 new shows for the community of Sedona AZ which were as follows:Theater of Ascension which consisted of Anthony’s original music set to drums and percussion, native flute and accompanied by 3 modern dancers. East Verse West which was a band collaboration with a Philadelphia power rhythm section. Vega which featured 2 drummers, 2 percussionists and Anthony on 10 string guitar & bass. DJuitar which was inspired by Anthony’s working with a variety of DJ’s in Rome, Amsterdam and Istanbul . He would accompany a Euro style DJ set in a dance party atmosphere. Guitar Amore which was a solo guitar variety show featuring some of Arizona ’s finest guitarists. In this period he would also perform with theElectric Harp Guitar Group, Gabriella Young and of coarse solo.

Anthony is an internationally acclaimed artist who continues his studies by exploring music from cultures all over the world and collaborating with musicians indigenous to those regions. He currently resides between New York City and Sedona Arizona with a mission driven by the desire to "give life to music and music to life."